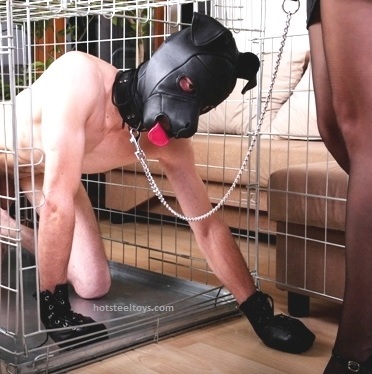 Pet play or animal role play does not seem to feature much in history prior to the 1940s besides as part of ritualistic dance. Pet play, animal role play or human pets is a prevalent form of role-play in the BDSM community. Pet role play generally takes the form of a dominant owner or trainer and a submissive pet. Pets that are seen most often are ponies, puppies, pigs and kittens but there have been many instances of other types of human pets such as bunnies, cows and other furry animals.  Pet play is different to 'furies', which is a subculture to itself. It should also not be confused with primal play. Pet play is generally a dynamic between two consenting adults whereby one person takes on the mannerisms and personality traits of an animal. On the whole it reinforces the dominant/submissive relationship or owner/owned relationship between the two players as the person role playing as a pet is completely dependent on the owner while in the confines of the role-play space.

The pet is usually dressed in items that help the transition from human to human pet such as hoods, masks, harnesses and so forth, but sometimes just a collar is used to get the submissive into the right head space. The human pet is usually totally under the control of the owner and gets to eat when the owner says so, often out of a bowl on the floor, sleep when and where he or she is told and follows along with any training the owner wants to carry out. Pet play can be sexual but often is not, and tends to be more of a letting go of control for the submissive and enforcing of control by the dominant.

The particular animal can be chosen by the submissive or the dominant in this type of role-play scenario. A potential pet may identify strongly with a particular type of animal or display traits associated with that specific animal. For example, a human pet that is loyal and playful and enjoys being collared might enjoy puppy play, where a soft-natured sub that enjoys affection and cuddling might enjoy kitty play more. Some submissives enjoy the free spiritedness of ponies and may even enjoy wearing a harness for pulling a silky cart or being 'ridden' by an owner (this does not involve the full weight of a human being on another person's back or shoulders, safety should always come first).  Pony play can also involve wearing butt plug tails, headdresses, elaborate harnesses and prancing around in dressage type displays. These can involve one or more human ponies. A dominant may simply like one type of pet over another and train the submissive accordingly. Pet role play does not have to be stagnant either as the dominant may decide to train the pet as more than one type of animal to see what type of pet role play works best in their dynamic. 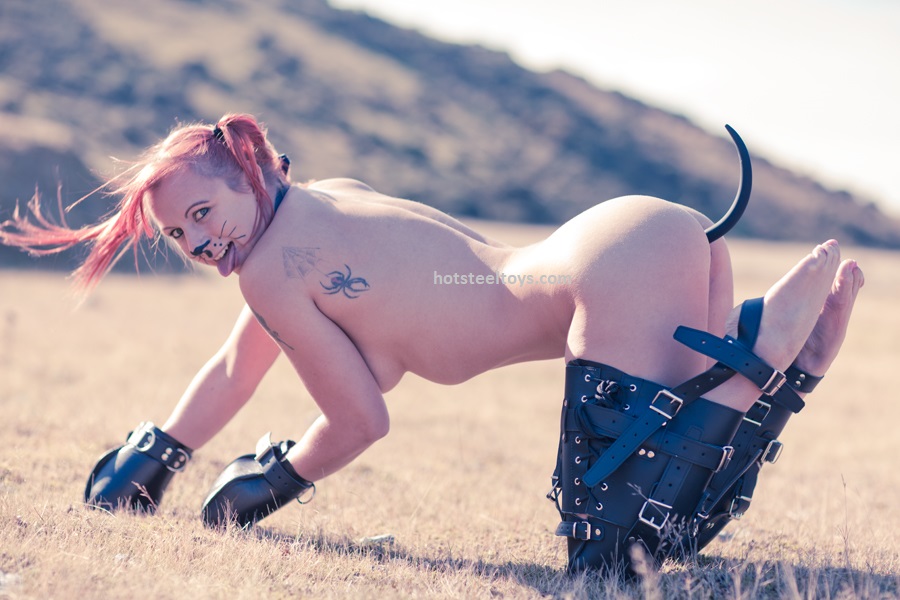 Some of the main aspects of pet play revolve around the dependence of the pet on the owner as well as some humiliation play which also strengthens the dominant's position of power and control over his or her submissive. Having full control over a human pet's behaviour such as restricting movement, preventing communication with words or sometimes refusing to allow the pet to make any sounds at all, making the pet need the owner for basic essentials such as eating or being allowed to use the bathroom all strengthen the dominant/submissive bond.  This type of play is often just for fun as it removes the restrictions of what you are supposed to be as a human and allows a psychological release of just letting go and playing for a few hours without constraints of the usual human stresses and tensions. This can also be an emotional release for some, especially with showing and receiving affection. Human pets receive affection from their owners such as petting and stroking, which does not need to be in a sexual way and this can be very healing to a person who cannot accept affection normally or associates touch with harm. Some dominants use pet role plays as a form of punishment for submissive who are badly behaved or neglect their training. This can take the form or being penned or being taken outside for a walk on a leash in the garden or other forms of humiliation and punishment to help the submissive achieve the state of mind required by the dominant.

Pet play bondage is quite prevalent and pets generally are collared and some also wear a hood which may or may not depict the specific animal. Some pet play suits and bondage types are even more restrictive such as creating 'legs' by bonding the legs and arms of a human pet to look more like an animal.  This type of extreme bondage requires extensive knowledge and safety precautions before attempting to enact this type of restrictive pet play.

While being a human pet can be a good way of training a submissive and also lots of fun, there are safety measures that need to be in place to ensure the human pet is kept healthy and safe. Avoid feeding animal food for long periods of time as dog food or cat food will not give a human the nutrition they need (maybe feed human food out of a pet bowl instead). Restrict the use of severe constraints or confinement for long periods of time as this can be detrimental to health and well being. If you are using restraints or confinement, allow your pet some way of communicating distress. Only play with people you trust and know well as understanding the human pet's frame of mind is extremely important in this type of training.

Enjoyable human pet play can include some restriction of movement and verbal communication. The dominant will usually allow mostly animal sounds or basic words such as eat, potty and so forth to communicate needs.  The dominant can use various devices for training and teach the human pet 'tricks' such as sit and stay for puppies and even pulling carts for ponies.  The human pet is generally restricted to eating on the floor out of a bowl, while some owners may allow a spoon, usually no silverware is provided. Pets can also be caged, refused access to the furniture and play with animal toys such as balls and windup toys. The type of pet play, duration and purpose is generally derived from the people participating in the animal role-play and there are many alternatives over and above what has been discussed here. 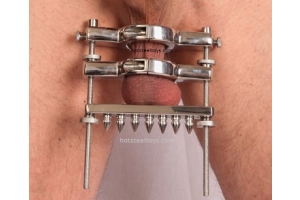 The Art of Ball Stretching 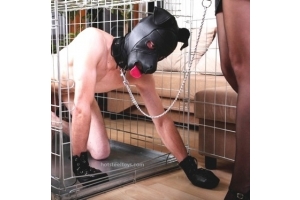 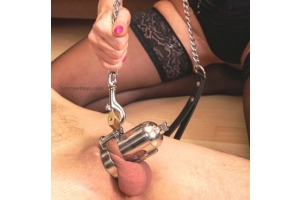